8 shows to watch and stream 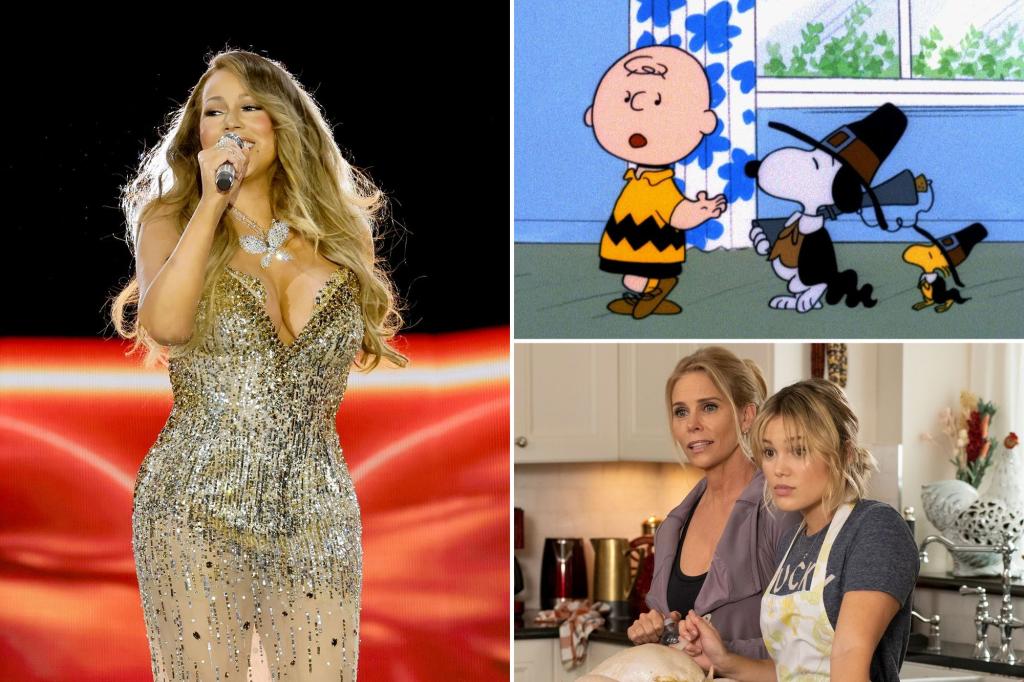 
Thanksgiving is here, and whether you’re celebrating with a huge gathering, a smaller affair — or solo — there’s always ample opportunity to liven up Turkey Day with entertainment from the comfort of your own home.

This year, there are a slew of TV selections with cross-audience appeal, including returning favorites such as the annual parade, some marathons, a sports documentary, cooking series and even an entry in the ever-expanding “Star Wars” universe.

Here’s your essential guide for what to watch on Thanksgiving.

The annual event is now in its 96th year, with “Today Show” anchors Savannah Guthrie, Hoda Kotb, and Al Roker returning as hosts. It will open with a musical number from Lea Michele and the cast of Broadway’s “Funny Girl,” and “The Lion King,” celebrating its 25th anniversary. Mariah Carey will close out the show performing her hit, “All I Want for Christmas Is You.” The singer wrote on Instagram, “My childhood dream is coming to life! I’m going to be opening for the one and only, SANTA CLAUS, at this year’s Macy’s Thanksgiving Day Parade!” There will also be several new floats, including one called “People Of the First Light,” honoring the Wampanoag Tribe.

Where to watch: 9 am on NBC, also streaming on Peacock.

This three-part docuseries chronicles the rivalry between the Mexican and American national men’s soccer teams, focusing on stars such as Landon Donovan (US) and Rafa Márquez (Mexico) and the countries’ fan bases. While it’s not specifically Thanksgiving-themed, if you want to watch sports-related programming other than football — and with the World Cup in full swing — this could be for you.

Where to watch: Prime Video.

The first two episodes of the Disney+ “Star Wars” series (a prequel to the film “Rogue One”) are available on other Disney platforms for a limited time over the holiday. The series follows Rebel spy Cassian Andor (Diego Luna) through his formative years, back when he was just a thief.

Where to watch: 9 pm on FX (and if you miss that, it will also air on Freeform at the same time on Friday, and stream on Hulu, in addition to already streaming on Disney+).

The long-running procedural (2005-2020 on CBS) is back. In this new series, the FBI’s elite team of criminal profilers must contend with an UnSub (Zach Gilford, “Friday Night Lights”) who has used the pandemic to build a network of other serial killers. Original series stars Joe Mantegna, Kirsten Vangsness, AJ Cook, Paget Brewster and Aisha Tyler all return.

Where to watch: Paramount+

Need some inspiration in the kitchen? Giada De Laurentiis hosts this cooking competition reality show, in which chefs face off to make the ultimate Thanksgiving dinners and side dishes. The winner takes home $25,000.

Where to watch: Discovery+.

Join Charlie Brown, Snoopy, and the rest of the gang in this timeless animated classic, first released in 1973. Although it moved from PBS to Apple TV+, you can still tune in even if you don’t subscribe to the streamer. Apple TV+ is giving non-subscribers a chance to watch it for free from Nov. 23 through Nov. 27.

Where to watch: AppleTV+.

When small-town college girl Lucy (Olivia Holt, “Cruel Summer”) comes home for Thanksgiving break, she suspects she will be “turkey dropped,” or dumped by her high school boyfriend. To avoid that, she takes control of her life.

Where to watch: 11 am on Freeform.