1.7m workers could go on strike soon, here’s the second winter of discontent 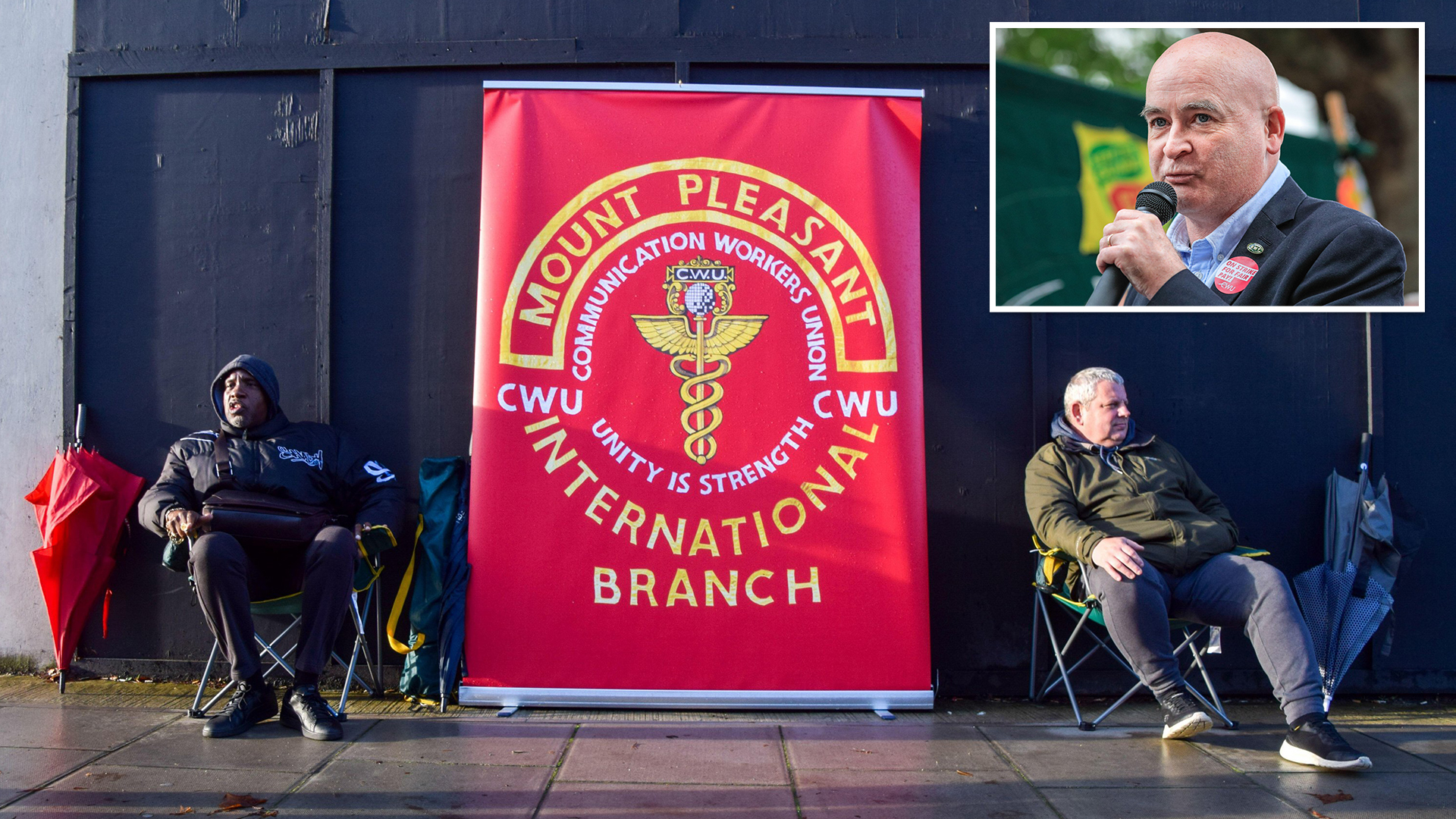 
THE comrades are on the march. Against the backdrop of economic turmoil and soaring inflation, a mood of rebellion is spreading across the country.

So far this autumn, 1.7 million workers on the state payroll have either voted for industrial action or are currently being balloted.

This week the Rail, Maritime and Transport (RMT) trade union, which represents rail workers, announced a new series of walkouts spread across eight days over Christmas and the New Year, designed to maximize the misery inflicted on the public during the festive period.

Crude blackmail is the only term for the union’s methods.

Mick Lynch, the confrontational £84,000-a-year-before-benefits boss of the hardline RMT, denied that he was like the Grinch, the character from the famous children’s story who tried to wreck Christmas.

But the sarcasm written on his face told a different story.

Nor was there anything convincing about his apology for the “inconvenience” to rail users. He is not sorry at all.

In fact, he is reveling in his undemocratic, unaccountable power to bring the network to a standstill.

There is not the slightest justification for these new rounds of industrial action in support of massive pay claims and in defense of outdated working practices.

At a time when many households are struggling, train drivers enjoy on average a salary of £59,000 with tremendous perks and scope for overtime.

Similarly, the median pay for other staff on the network is £45,000 — far above average earnings.

Already the rail strike is estimated to have cost the UK economy £1.2billion.

Similarly the Royal Mail has lost £100million through industrial action by postal workers, who also announced this week another round of stoppages in the run-up to Christmas over their pay claim.

If unaffordable demands are agreed, they will worsen the spiral of inflation. That is exactly what happened in the late Seventies, when Jim Callaghan was the Labor Prime Minister and Britain was known as “the sick man of Europe” because of industrial chaos.

“There is mAcesparksess in the air,” Callaghan’s aide Bernard Donoughue wrote in his diary as the anarchy worsened during the Winter of Discontent in 1978-79.

As the trade unions flexed their muscles, bodies went unburied, patients were refused entry to hospitals and rubbish piled high in the streets.

The unrest has not yet plumbed those depths but it is heading in that direction. Militancy has gripped much of the 5.7 million-strong public sector workforce, fueling a huge wave of potential strikes that could cripple vital services.

The strikes today are overwhelmingly in the public sector because that is where the unions are strongest and management is weakest.

The strikes today are overwhelmingly in the public sector because that is where the unions are strongest and management is weakest.

Moreover, most state services are monopoly providers, which makes them more vulnerable to union exploitation and blackmail.

In the past five years, 20 times as many days have been lost to strikes in the public sector as in the private sector. Over the past year, the days lost by public employees have been 100 times higher.

Hardly any part of the public sector is free from the contagion of walkouts. Members of the Royal College of Nursing have just voted for the first strike in their 106-year history in support of a 17.6 percent pay claim.

Other health unions are balloting their members for stoppages, including Unison, which represents 350,000 staff in the NHS, the Chartered Institute of Physiotherapy and the 173,000-strong British Medical Association, whose junior doctors are agitating for a 26 per cent pay increase and will hold a strike vote in January.

Similarly, the Public And Commercial Services Union, which represents civil servants and is led by the left-wing firebrand Mark Serwotka, has just backed a series of mass stoppages.

In the universities and colleges, disruption continues because of a long-running dispute over pay, pensions and conditions. They could soon be joined by teachers, head teachers, firefighters, ambulance crews and local authority workers.

Certainly many public employees do a heroic job, particularly in the NHS, schools and emergency services. But the grievance should not be overdone.

The average teacher’s salary, for example, is £39,000. Hardly poverty wages.

Nor would workers gain if the government caved in to their pay demands. Such a step would massively increase the costs of public services, and could only be met by higher taxes.

According to the respected Institute for Fiscal Studies, a pay rise of 10.1 per cent — the level of inflation in September — across the public sector would cost £18billion.

For the sake of the economy and the needs of the British public, the government must stand firm against this mass irresponsibility.